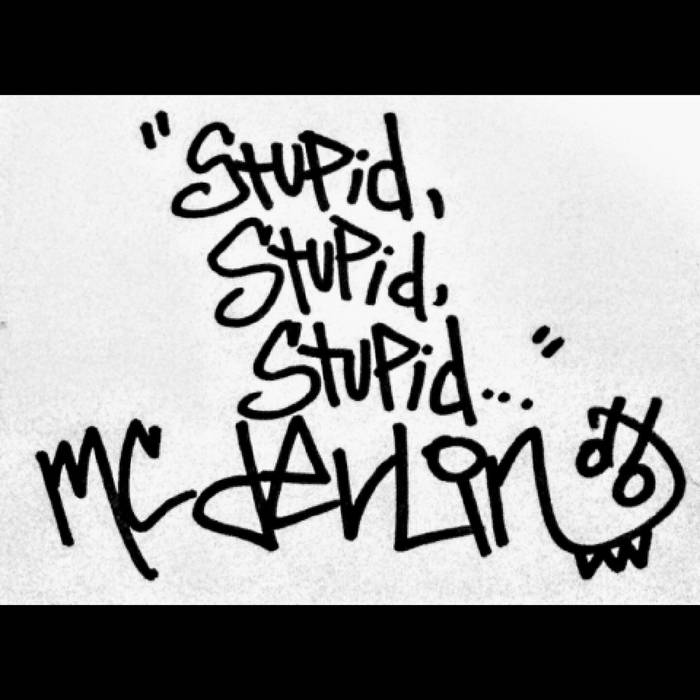 Ninja of the Sea

This is the first "solo" song I've ever done. I've posted it here on the Mad Conductor BandCamp for simplicity's sake, but I consider it an MC Devlin song, on account of it's more than usual off-the-cuff nature; as I wrote, performed, recorded and mixed it in four days. I usually don't rush tracks like this, but I felt it was an important day to get some new music out into the world.

There is a line in the song that says, "Learned a flat line is the flat five of a dial tone". I wrote that line before knowing whether that was true or not, but thought it sounded pretty cool. Amazingly, when I looked it up, I really did learn a dial tone is an F and a flat line on a cardiac machine is a B, which is the flat fifth of F, a.k.a. the "Tri-Tone". An interval that was once considered "Satanic". (Must be why I love it so much.) When I realized this line worked out I knew it was a sign that this song had been sent to me from some outer realm and I was compelled to create and release it without any hesitation.

I came straight from the sewer trench
Foul kid, manure stench
Wobblin’, my kingpin is loose
Lemme use your wrench
Stupid like the Stupid Hench
Sleeping on bench
For a while yo, my beard grew an inch
I was waiting for the buses but the buses wouldn’t come
Got up to walk away but then I put my foot in gum
I’m a ho-hum bum who’s numb to feeling dumb
Still wondering who the hell is Harry Crumb?
Hit the booth and dialed 0 for the operator
As not to die alone
Learned a flat line’s a flat five
Of a dial tone
Woke by a jolt of the defibrillators
They said to pay the bill and they’d be back to kill me later
So I split to go sit in a bottomless pit
For a bit, and then I got out of it
Too much to infer, life flyin’ by me in a blur
Well aware of where I’m going, not concerned with where you were
I’m just tryin to follow recipes to make banana bread
Without slippin’ on a peel and crackin’ open my head
I’m always monkeyin’ around, haven’t got a lot of knowledge
Yet I see the jar half full of Kalamata olives
It’s just another verse to be thrown into the ocean
My feather pen is dry so now I’m going through the motion

Life is tough, until you let go
And walk up the steps of a UFO
Forget your concept of reality to see what’s real
It can’t be explained, it’s something that you need to feel

Force times mass, acceleration
Tyrannical Hierarchy extorting funds, taxation
A brand new acronym for the meaning of theft
They’ll take whatever’s left or beat you to death
But without taxes who’ll pay for the roads?
Who’ll pay for my rims when I jack ‘em up on all these potholes?
I’d rather hike, or get a new mountain bike
Then be bullied to buy the bullets that they shoot every night
Lids are flying, kids are dying but we’re not accomplice
We’re captive in a system, hostages of congress
This country is run by a gang of thugs
Who put CBD oil with the schedule 1 drugs
And if you enforce this you’re spineless and
Mindless and heartless, Go ahead and trump up some charges
You’re either in denial or it’s Stockholm syndrome
You think you’re with them, well, you’re not holmes, you’re a victim
They say be thankful for the freedoms we’ve got
But that’s not freedom, you’re either free or you’re not
My heart breaks for those who were used in the game
Coming home shell-shocked, losin’ limbs in the name
Of a constitution that was drafted on hemp
We elected a stooge, too bad it’s not Shemp

Life is tough, I’m ready to let go
And walk up the steps of a UFO
Never, I’m right here, we’re in this together
I told y’all fools that this shit’s forever!
Life is tough, but I’m tougher than tough
Rudeboy, What’s up, I’m rougher than rough
If you want some, come on, sun, and come through
I’ll give you a lesson in Shaolin Kung Fu

Recorded and Mixed by MC Devlin

Bandcamp Daily  your guide to the world of Bandcamp

Guest hosted by Tamar Osbourn aka Collocutor and Toshio Matsuura.